On Thursday, 21st January, four boys from Year 5 participated in a new competition called Goal Ball. This was a game we played on a badminton size court with a goal either ends. The children had to sit in an area wearing a blind fold. They were only allowed to throw the ball along the ground (underarm) to get it passed the opponent and into the goal.

Ben said - "I have loved learning a new sport"

Leo said - "it's been exciting"

We came 2nd in our league (out of 5) and played against St Anne's for the 3rd/4th playoff. 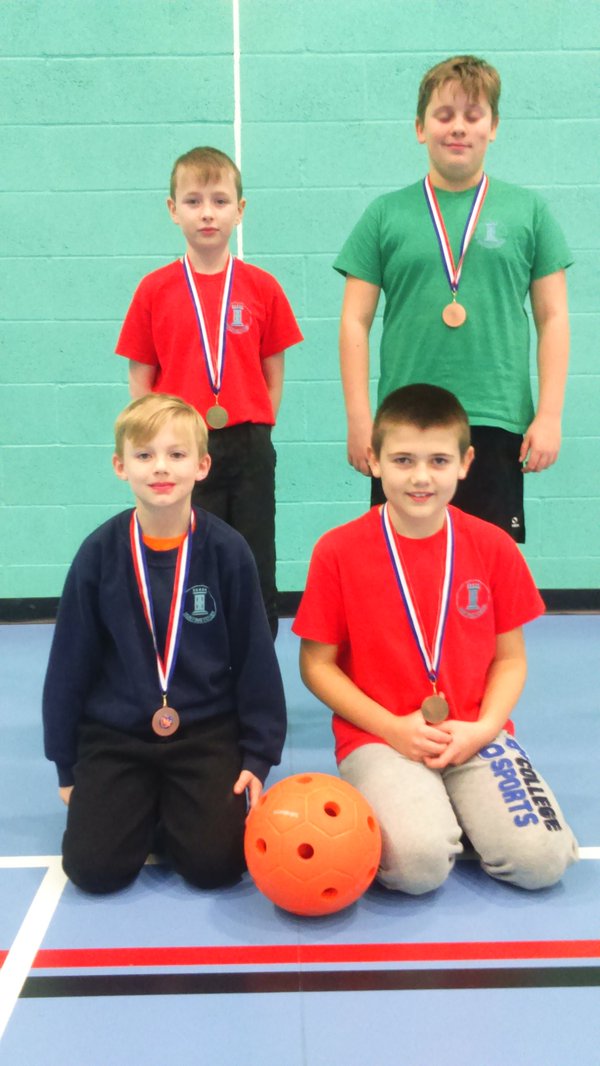