Following the news of Mrs Thatcher's passing away ITV Central News have been in to see what it is like going to school at her old primary school. 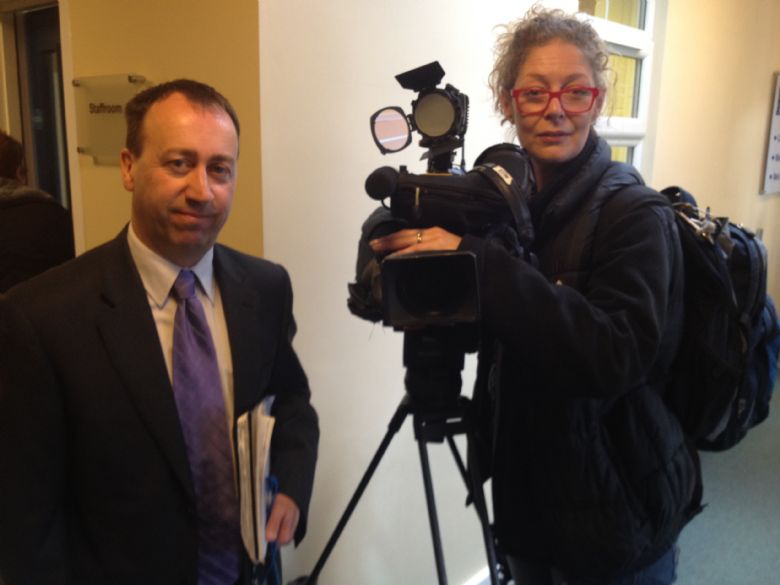 A few children had the opportunity to explain to a film crew what it is like going to Margaret Thatcher's old primary school. As we know, the only female British Prime Minister attended Huntingtower from 1930 to 1935. Following her death last Monday people have been trying to see what it was like growing up in Grantham when Mrs Thatcher was alive. Our children also talked about how having a former Prime Minister attend their school makes them feel like and aspire to. Some want to be gymnasts, athletes, scientists and even.......prime minister. good luck to them all.

Pictured are Peter Bearne and Kelly Wright from Central News.